After months of searching, the members of Pennywise announced that Ignite vocalist Zoli Teglas is now officially the new front man. Teglas, a longtime friend 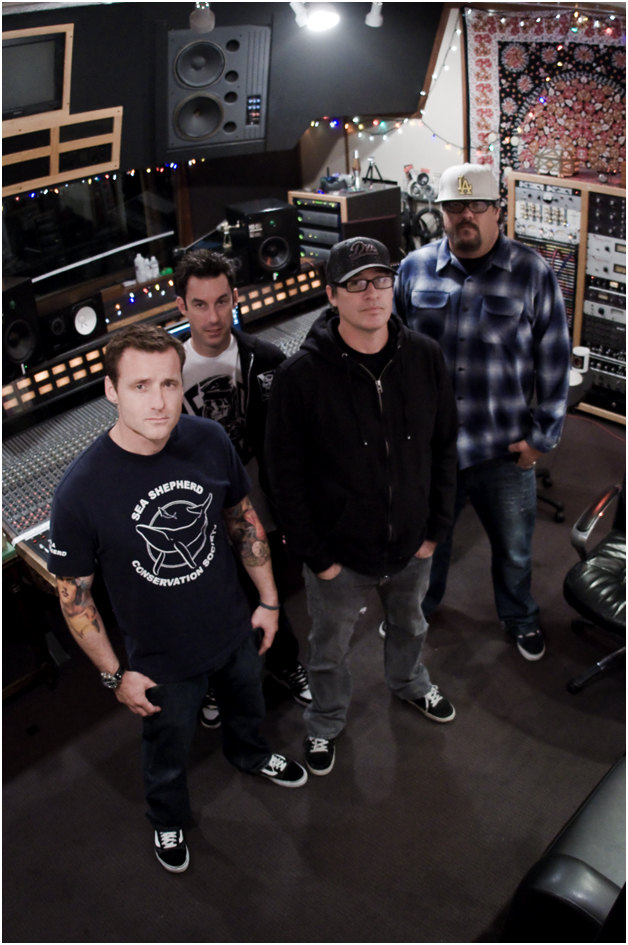 and tour mate, recently played a handful of So Cal shows with Pennywise, including the 2009 Smokeout Festival and a sold out Holiday Benefit concert for Amnesty International at Long Beach Arena. Teglas will join Pennywise on its upcoming European tour which kicks off this April.

After the sudden departure of former singer Jim Lindberg, a member of Pennywise for 19 years, guitarist Fletcher Dragge called Teglas a “natural choice” to take over vocal duties for the band. Bassist Randy Bradbury explains, “What started out as a temporary position was just too good to put an end to. Zoli brings to the table a tremendous vocal ability, creativity, and a die hard work ethic. There is a bond that makes this change feel like it was simply meant to be, and considering the recent unfortunate events, having Zoli join the band is a well needed shot of positive energy.” Teglas was excited to take the stage with his friends, noting, “I’m stoked to be singing with Pennywise. I’m a huge fan of the band and am super grateful to share the stage with my long time friends Fletcher, Byron and Randy.”

Calling it quits was never in the cards for the remaining members of Pennywise. “We love this, we love going on the road,” Dragge explained to AP back in August ’09. “There’s nothing more important to me than being on stage in front of our fans and having them sing our lyrics back at us and feel the energy. This has become so much bigger than just us as a band. It’s become a family and a brotherhood of people that I feel depend on us. I’m still here to continue to deliver the message as are Byron and Randy. Our motto is to follow your dreams and pursue them. Don’t waste time because if you’re wasting time on something you’re not into, then you’re not living. We’re going to go out there and have fun doing what we love until it stops being fun.

Pennywise is one of the most significant bands to emerge from Southern California’s second wave of punk rock. Formed in 1988 in Hermosa Beach, California, Pennywise has released nine full-length studio albums; one live album; two extended plays; and one DVD. Their most recent studio effort, Reason to Believe, was released to over 500,000 fans for free through a limited offering from MySpace Records. The critically acclaimed album was also sold physically and digitally the world over. “The Western World,” the first single from this watershed album, quickly became the most successful single of the band’s storied career.
Founded when punk rock couldn’t be less popular and hair bands were in fashion, Pennywise quickly developed a style entirely its own–a tsunami of California hardcore, melodic surf punk and optimistic anthems that went against the seek-and-destroy ethos of its era. “We’ve done things our own way,” Dragge points out, “and we’ve never taken no for answer. We’ve been a punk band for 20 years, and we’ve traveled the world and we’ve had a lot of people tell us what we could and couldn’t do. ‘Tell me what we can’t do, and I’ll try twice as hard to do it.’ That’s the one thing this band has taught me: ‘If you want it bad enough, you can have it.”