SANTA MONICA, CA – March 5, 2009 – Eminem, the biggest selling music artist of the decade, officially announced the street date of his eagerly awaited new album; his first original studio album in over four years.  Relapse (Interscope/ Aftermath/Shady) will be released on May 18, 2009.  The first single from the album and its accompanying video will see a simultaneous release on April 6th. 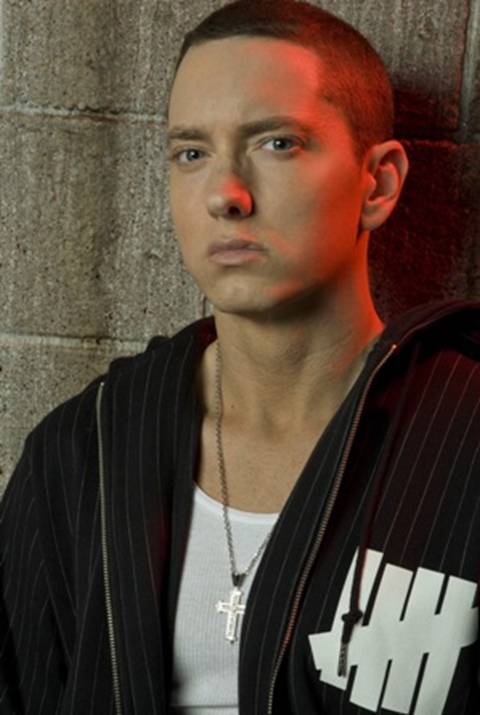 Anticipation for Relapse has been building since the fall, when Eminem first announced the album title and debuted the freestyle, “I’m Having A Relapse,” during an interview on his Shade 45 satellite radio station.  Last month, the release of “Crack A Bottle” from Eminem, Dr. Dre and 50 Cent brought that anticipation to a head.  The track soared to #1 on the Billboard Hot 100 (Eminem’s second #1 after 2002’s “Lose Yourself”) and set a Nielsen SoundScan record for opening week download sales (418,000).  The recording ranked third in the history of all weekly download sales.  “Crack A Bottle” will be included as an album track on Relapse.

With the announcement of the release date for Relapse also comes confirmation of something that had been rumored in recent weeks: Eminem is already working on a follow-up album, Relapse 2, that fans can expect in the second half of 2009. “A lot of people were expecting Relapse to drop last year,” said Eminem. “I was one of them. Then Dre and I went back in the studio in September for a few days, and that turned into six months. We were on such a roll; we wound up with a ton of new music produced by Dre.  Putting out Relapse 2 will let everyone get all of the best stuff.”

Eminem has sold more than 75,000,000 albums worldwide.  His previous studio album, Encore, reached #1 and dominated the charts in late 2004.  Certified quadruple platinum and spinning off four Top 40 Hot 100 hits, the Grammy-nominated disc has sold more than 11,000,000 copies around the globe.  The #1, double platinum, 2005 greatest hits collection, Curtain Call: The Hits and #2, platinum, 2006 various artists compilation, Eminem Presents: The Re-Up, followed. In October 2008, Eminem released “Eminem: The Way I Am”, a book compiling thoughts, stories, and memorabilia from various points in his life. The book entered the New York Times Best-Seller list at #11.