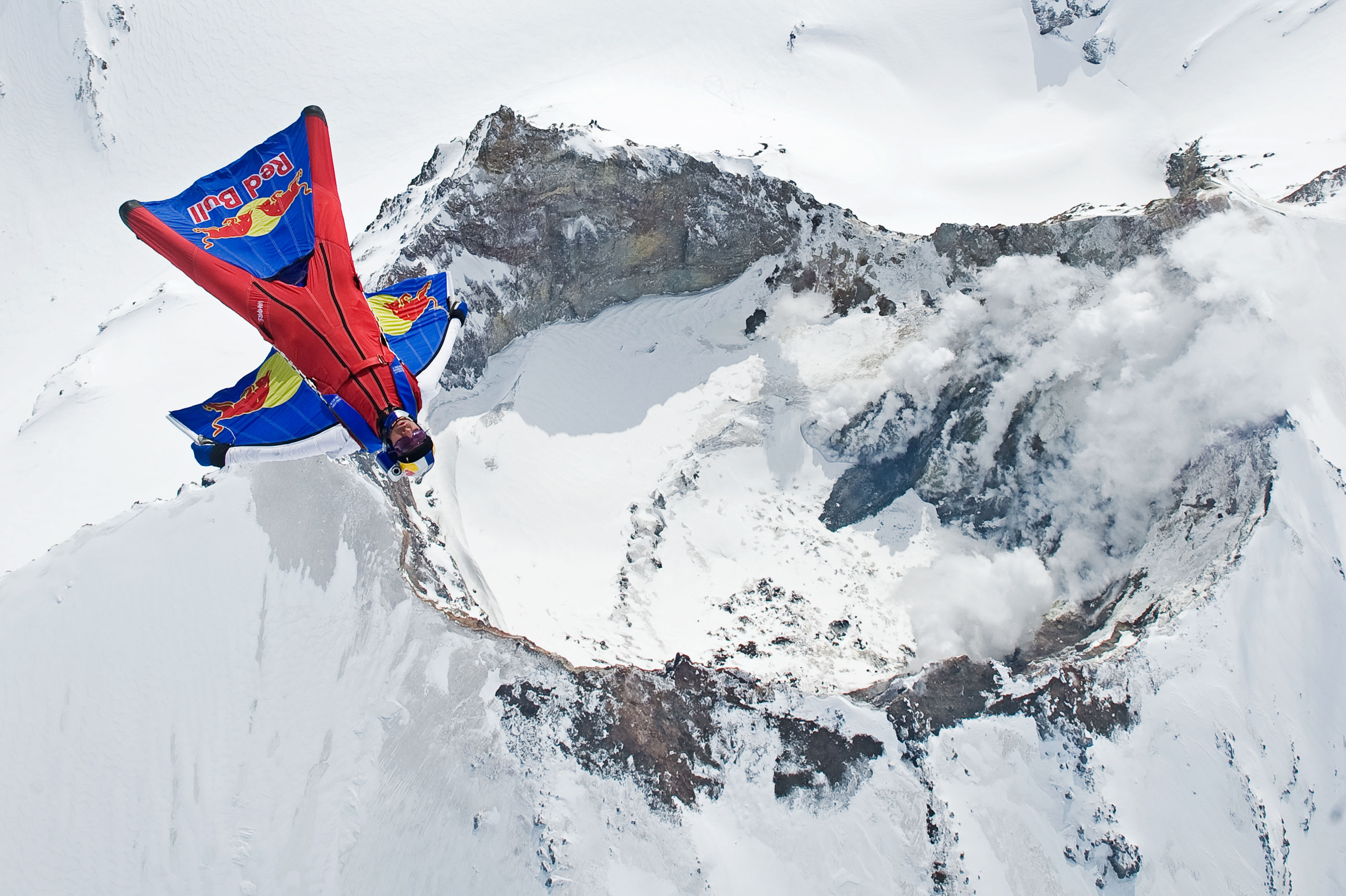 Russian extreme sport star Valery Rozov accomplishes an incredible stunt: the 44-year-old jumped from a helicopter on Saturday into the active Mutnovsky volcano on Russia’s Kamchatka Peninsula. He only opened his parachute after dropping below the rim of the volcano crater and then landed safely on a sheet of ice in the middle of the simmering crater.

There are more than 160 volcanoes, including 28 that are currently active, on the Kamchatka Peninsula in the Eastern Asian section of Russia. Russian extreme sport star Valery Rozov exploited these unique conditions for a new and spectacular project.

Together with a 10-member team from Russia, Germany, England, Turkey, Serbia and Austria, he spent considerable time and effort preparing the difficult and bold adventure — to make a pin-point landing on a small sheet of ice in the centre of an active volcano. After several reconnaissance missions to observe the wind conditions and volcanic activity, there were first two aborted attempts before the experienced parachuting world champion successfully completed the jump on the third day of the expedition. From a position south of the region’s capital city of Petropavlovsk-Kamchatsky, he jumped from an altitude of 3,300 metres from a MI-8 helicopter. The helicopter’s hatch door had been removed for the jump. The 44-year-old flew in a wing suit above and then into the 2,322-metre high Mutnovsky Volcano. Only after diving below the rim the crater did he pull the rip cord and he then landed safely on the small sheet of ice inside the active and smoking volcano. The great challenge was to land precisely on this sheet of ice despite the strong wind turbulence – because the surface was either too hot everywhere else or the ice too thin to support his weight.

After the Russian made the safe landing in the crater, there was no time to celebrate — because it was vital to quickly get back out on account of the poisonous gases contained in the volcano’s steam. Rozov was quickly pulled out of the crater with the help of a rope. Only later after returning safely to the base camp did the Russian celebrate the successful landing with his team in the hotel’s own geyser